VANCOUVER, B.C. / ACCESSWIRE / January 14, 2019 - Ximen Mining Corp. (TSX.V: XIM) (OTCQB: XXMMF) (the "Company" or "Ximen") is pleased to provide an update on the Gold Drop Property which is currently under option agreement to GGX Gold Corp. (TSX.V: GGX) and located near Greenwood in southern British Columbia.

Ximen´s option partner has announced diamond drill core analytical results for the first 7 of the 11 diamond drill holes completed, COD18-61 to COD18-67 from the November 2018 diamond drilling program on the COD Vein southern extension (GGX News Releases of January 9, and 11, 2019).

"It´s very encouraging to see such promising results after all the hard work and effort from the all the parties involved. I would like to extend a special thanks to my longtime friend Al Beaton, who led us here in the first place and who´s enthusiasm and passion for the mining business is absolutely contagious to all of us," Comments, Chris Anderson Ximen CEO

The 2018 drilling program consisted of 11 diamond drill holes targeting the southern extension of the COD Vein mineralization within 25 meters of previously drilled holes COD18-45 and COD18-46. These holes were drilled at 45 and 50 degree dips to the west from the same site and intersected high grade gold as highlighted below:

Intersections exceeding 1 g/t gold for drill holes COD18-61 to COD18-67 are listed in the table below. Since true widths cannot be accurately determined from the information available the core lengths (meters) are reported.

Holes COD18-61 to COD18-67 were drilled to the west and slightly northwest at dips of 45 to 60 degrees to intersect the approximately northeast striking COD vein. 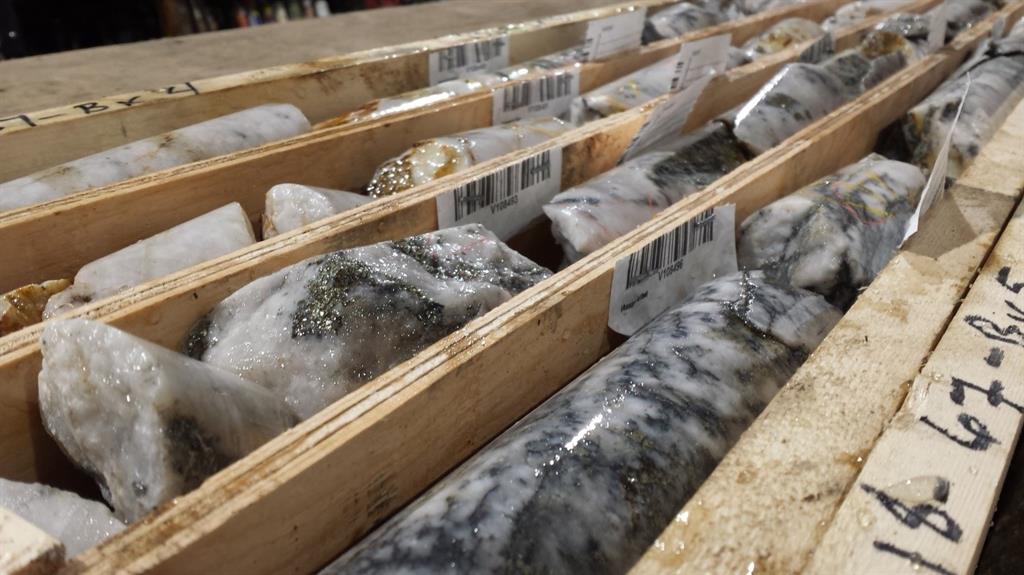 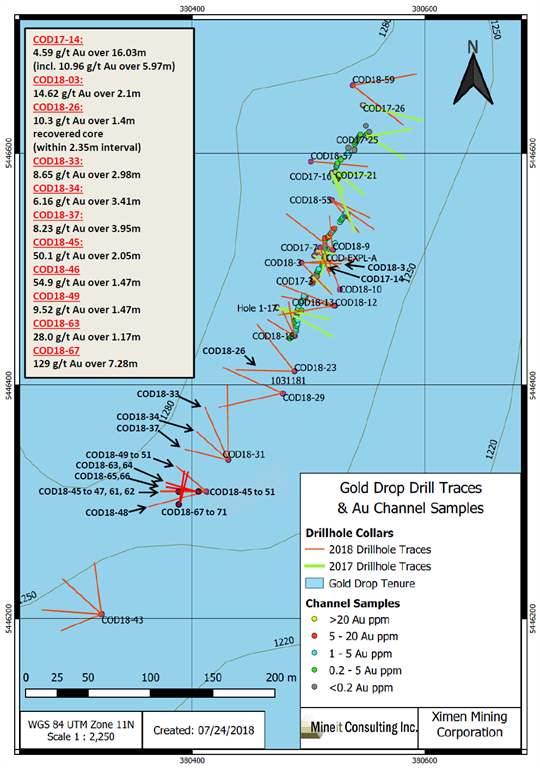 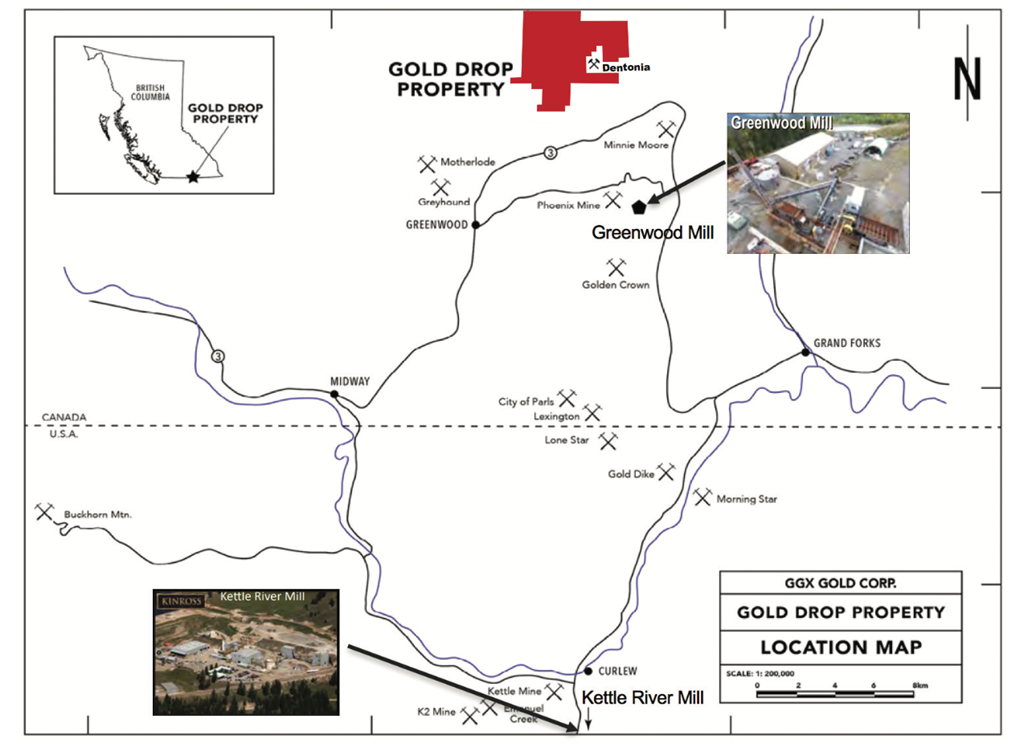