Belmont is pleasedto announce drilling has re-commenced at the Kibby Basin Lithium Brine project withMGX Minerals Inc. (CSE: XMG) in Nevada.HoleKB-4 has a targeted depth of 300 meters into the lakebed sediments.The hole targets a potential fault as interpretedfrom the geophysical survey data, which looks deep into the sub-surface layers.Previous drilling has shown consistent lithiumin clay mineralization 1200-1700 feet up to 580 ppm Li and moderate lithium mineralizationat shallow depths to 300 feet up to 100 ppm Li.Geophysical and geological interpretation has indicated potential geothermalactivity may have brought concentrations of dissolved minerals close to the surface.The drill hole KB-4 is in the center of the measured gravity low targeting the centerof the anomaly on the interpreted fault. 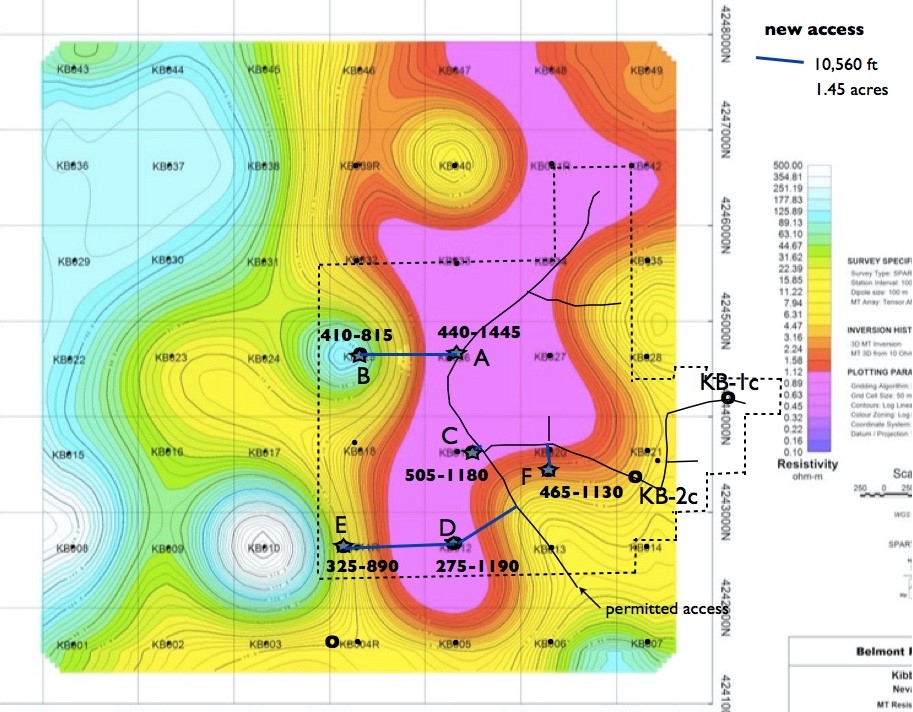 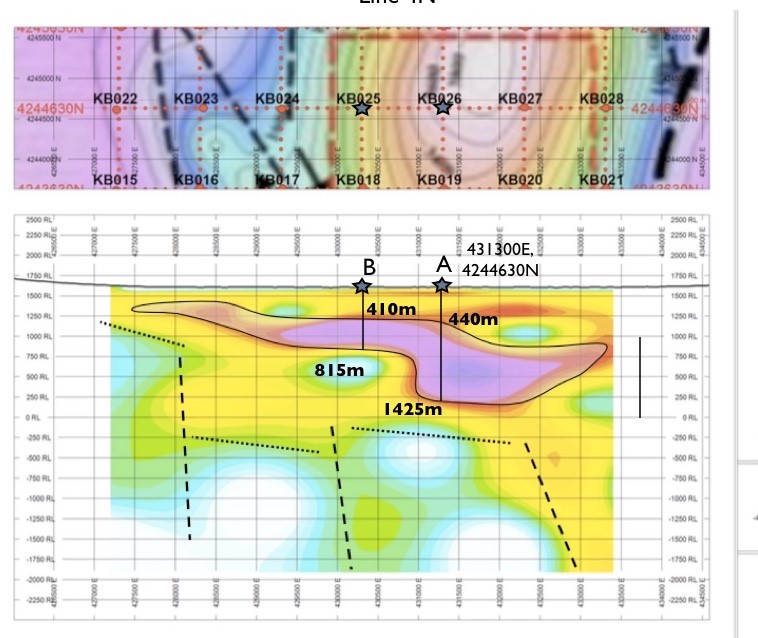 Jared Lazerson joins the Board of Directors

Belmont welcomesJared Lazerson to the Board. Mr. Lazerson is CEO and Director of MGX Minerals Inc.(CSE:XMG). Mr. Lazerson represents MGX Minerals interest on the Belmont Board.MGX currently owns 4 million shares of Belmontwith 4 million two year warrants at 8 cents in the first year and 10 cents in thesecond year; and has the right to acquire up to 10 million shares of Belmont at20 cents for 3 years.Mr. Lazerson startedMGX in 2014 and has overseen the growth of the Company that now includes multipleindustrial technology subsidiaries including rapid lithium extraction technologyand battery mass storage, with current mineral exploration operations in four countries.MGX was the winner of the 2018 Standard &Poor´s Global Platts Metals Global Award for Leadership in Base and Specialty Metals.Mr. Lazerson holds a B.A. in International Relationsfrom the University of Pennsylvania.

Karim Rayani joins the Board of Directors

Belmont also welcomesKarim Rayani to the Board.Mr. Rayani hasspent the last 14 years providing management consulting and investment banking servicesto companies in the junior mining, bio medical and technology sectors.Mr. Rayani has assisted in raising over $45 millionover the last 4 years for public and private companies.Formerly he was head of Bloomberry Capital Group;a Vancouver based merchant bank and capital advisory firm.Currently he is Chairman of R7 Capital VenturesLtd.; President/CEO/Director of District 1 Exploration Corp.; and Director of FiberCrowne Manufacturing.His business endeavorshave enabled him to establish a global network of contacts with a focus on institutionalaccounts, and will assist Belmont in raising financing for its ongoing explorationprojects.

The Board wishesto thank Roger Agyagos for his contribution to the Audit Committee of the Companyand as a Director since 2004; and wishes him well in his future endeavors.

Belmont is an emergingresource company engaged in the acquisition, exploration and development of mineralproperties in Canada and Nevada, U.S.A.

Belmont owns theKibby Basin Lithium project covering2,056 hectares (5,080 acres) in Esmeralda County, Nevada, U.S.A.The Kibby Basin property is located 65 km northof Clayton Valley, Nevada the location of the only US Lithium producer.MGX Minerals Inc. (CSE: XMG) has currently earneda 25% interest in the Kibby project and has the right to increase this to 50% byexpending an additional $300,000 by December 31, 2018 and become the operator.